Looks like a gig, sounds like a gig – it IS a gig. Playing with the estimable Fakes at one of our favourite venues – the Wee Red Bar at Edinburgh Art College on November 3 – more details as we get them. We’ll introduce a couple of new songs and possibly some old ones too if we have the time

We’re also progressing with work on the release of a vinyl album of demos and studio recordings from the original Valves along with some live tracks from the reunion gig in 2013. Don’t hold your breath but should be out around the end of the year.

Working title is ‘Better Late’ and we’re going to release it as the first offering from our own Portobello Record Company label. 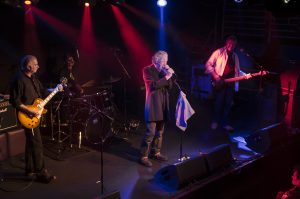 A band fae Edinburgh – their blog